While Jordan delved into… or revisted, rather, Fable II from the comfort of the couch, I decided that I was going to put down all my work and bake. Although I would have prefered baking myself outside in the sun, it was quite rainy, so I took to the kitchen instead.

I realized we had chicken, celery, carrots, onions and chicken broth, paired with a roll of pie crust dough in the refridgerator, so what else would I make besides a chicken pot pie!? I popped downstairs to the store to get the remaining necessities and began my baking adventure.

This isn’t a cookbook, so I won’t bore you with instructions on how to make said pie, but here are some photos of the process: 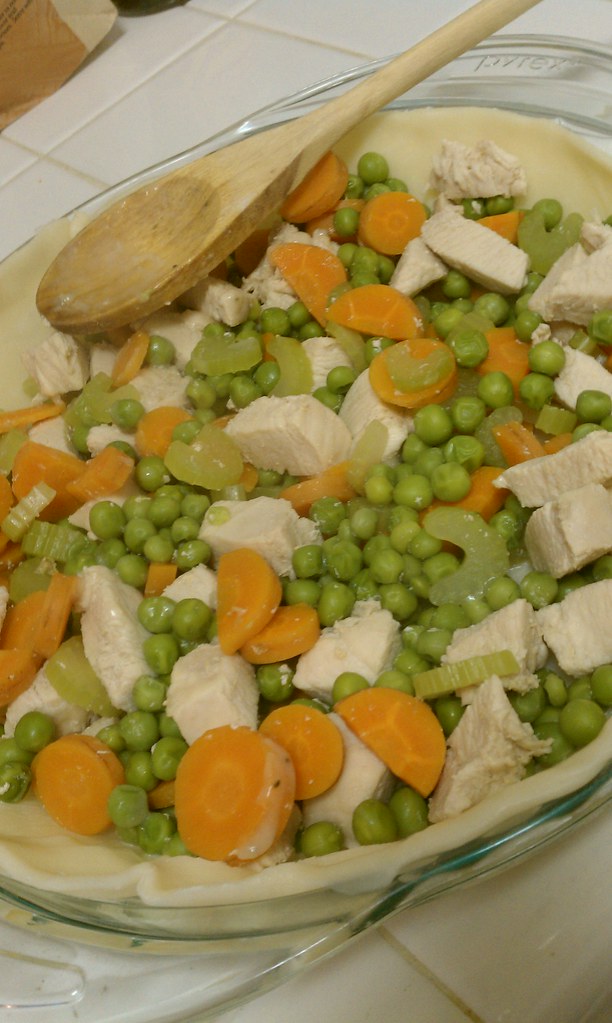 I drew and cut out a stencil. I chose fall-esque leaves and dyed them with food coloring to liven up the pie crust. 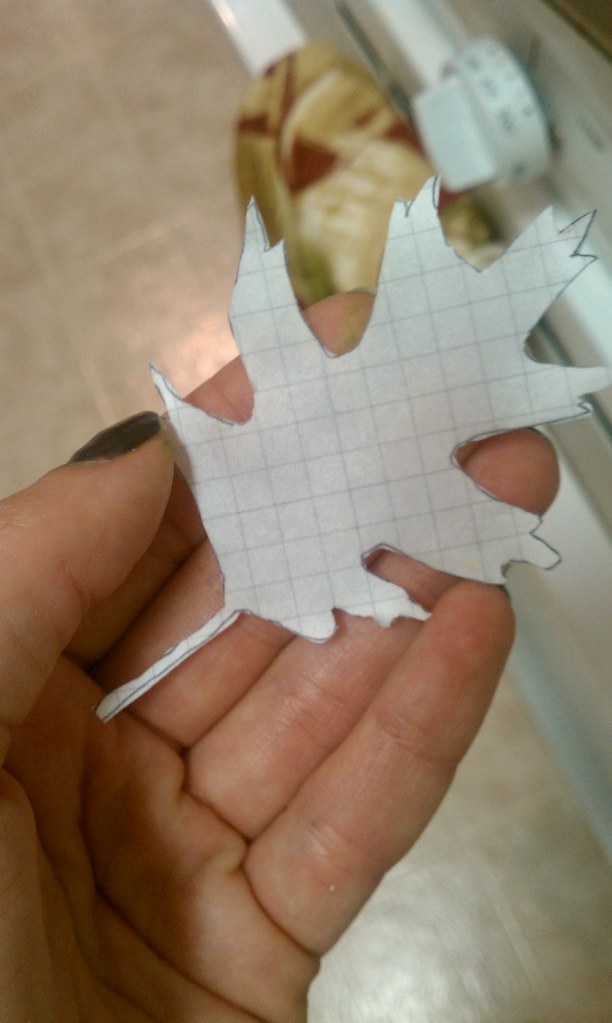 I took a sharp knife and cut out letters (not traced for times sake) into dough. Note: This is easier the colder the dough is. 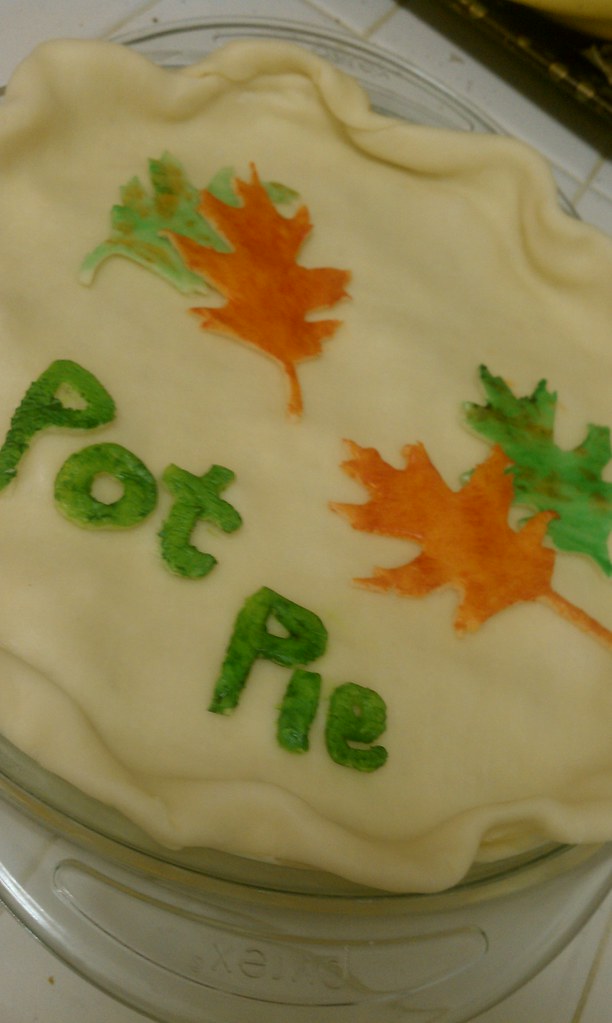 Stuck it in the oven and waited 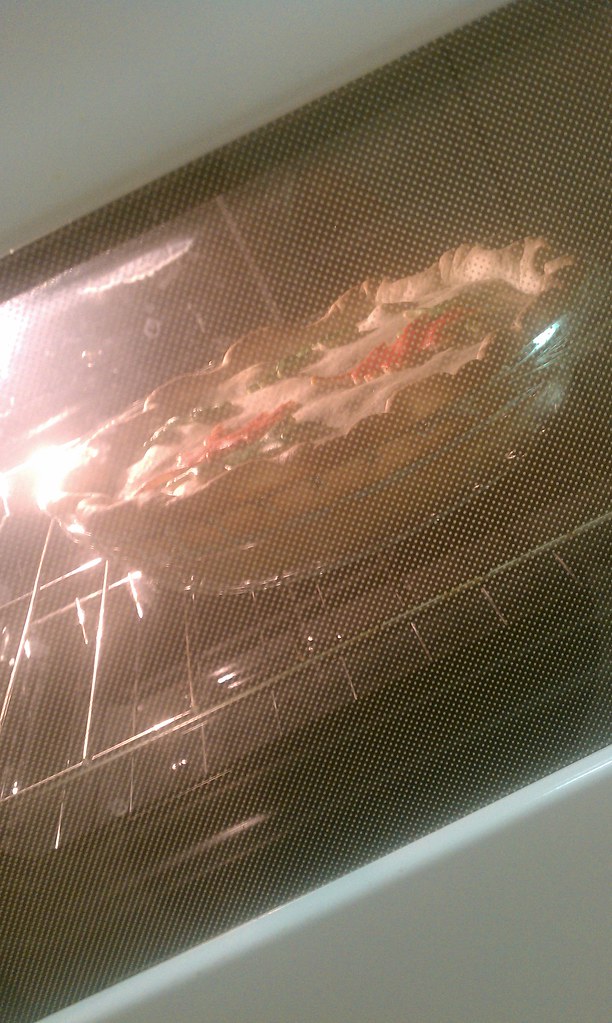 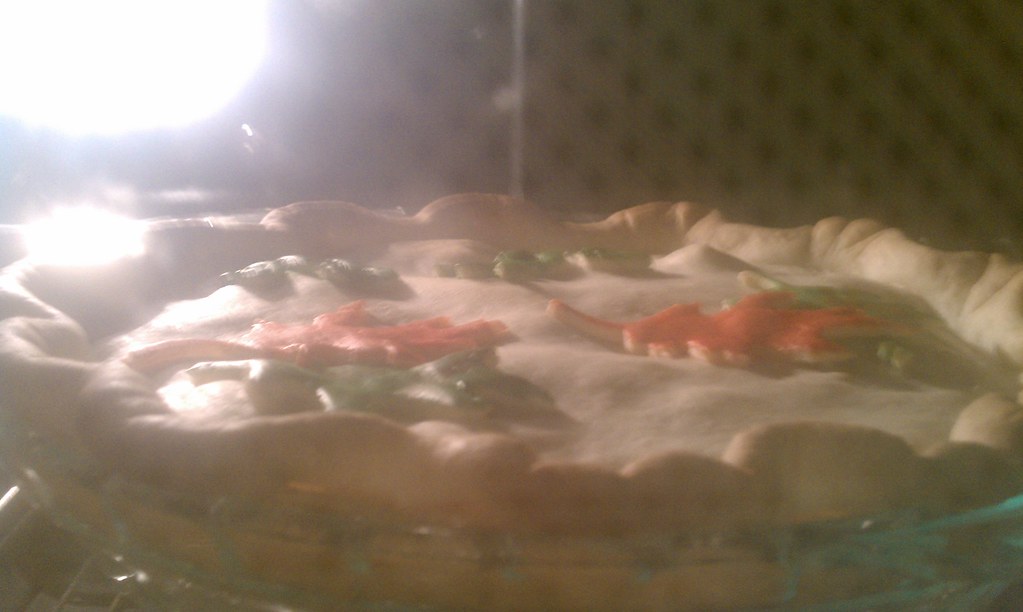 and waited…for it to cool. 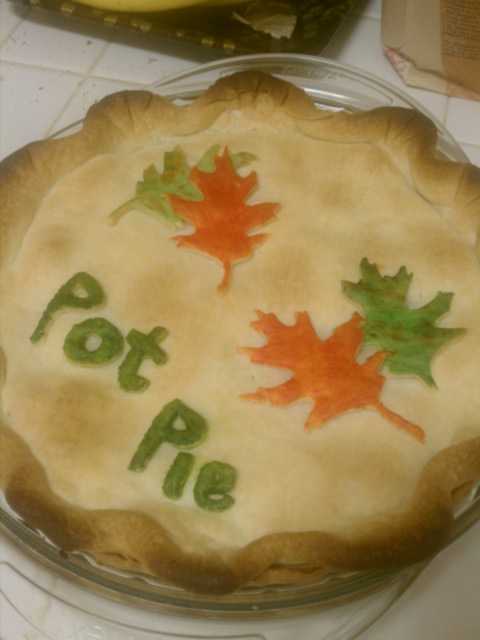 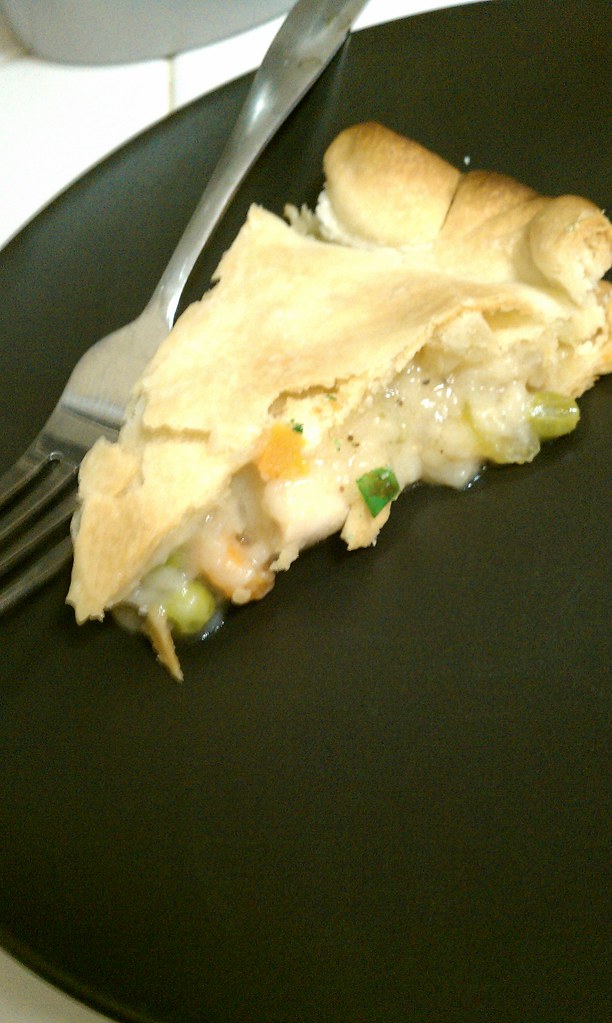 Looking forward to making more pies with creative designs. I think I’ve discovered I like baking more than cooking.