There are many natural wonders on the Western coast, and California itself has no shortage. This trip, we headed for the Sequoia National Forest which neighbors the beautiful King’s Canyon National Park and features canyons that make even the Grand Canyon hail to its greatness.

Determined to find the best spot in camp, we headed out of Los Angeles via the infamous 5 freeway (after LA traffic subsided, of course). The long and dusty road led to the serene, yet hauntingly beautiful, towering Sequoias of the midnight landscape.

Jordan and I scoured the muted campgrounds, sans headlights so as not to disturb the early riser-types. After all, we had arrived well after midnight, and it seemed spots were limited.

We gave up, but not before driving nearly 20 miles down the roads that hugged what we later learned to be sheer cliffs; whose base was a mere 2,000 feet below. No biggie. All I have to say is- maybe it’s better I didn’t know it was that far down.

As we parked the car at the visitor’s center- amidst several other hopeless campers- finding comfort in the Jeep’s rugged interior proved nearly impossible. It was 2 AM.

6 AM came quickly and while most of our determination had been depleted as a result of the late-night escapades searching every campground for a vacant spot, we happened upon the perfect one.

We settled, unpack the car, stored the food in the bear-proof lockers and headed out for some beautiful hikes.

Here are some of the photos:

The smaller of the Sequoias are still large, but the world-record breaking giant sequoias are over 300 feet tall and over 3,000 years old! 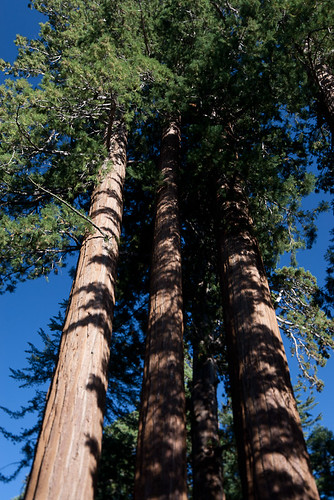 The smoke carries through the canyons from King’s Canyon to the Sequoia National Forest. 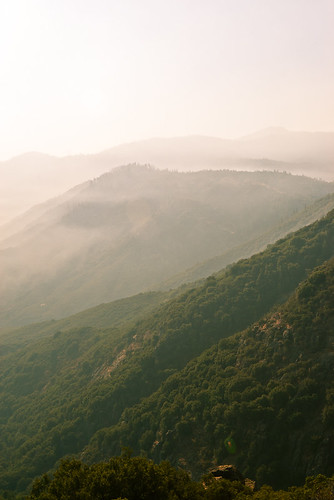 Monarch Falls was a popular tourist spot; it took nearly 20 minutes to get a photo without people in it. 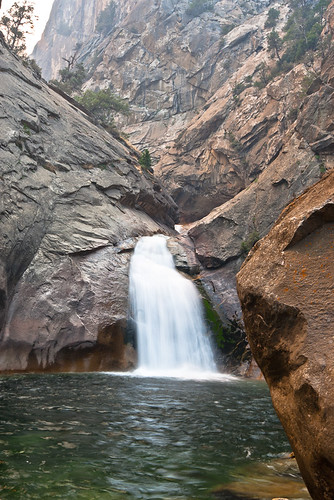 A view from the top of the Moro Rock hike. (Don’t look down!) Ahead you see the Sierra Nevadas- also known as The Great Western Divide. 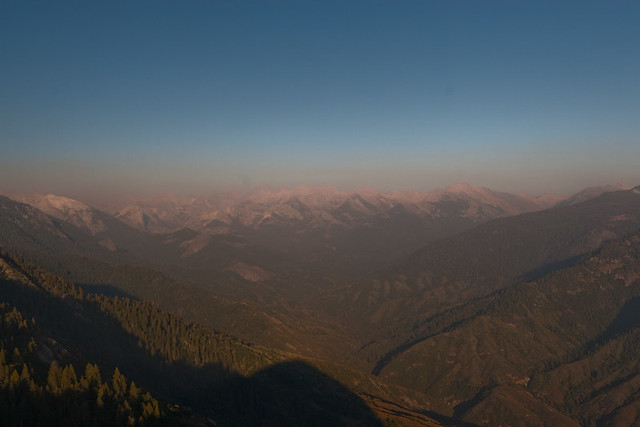